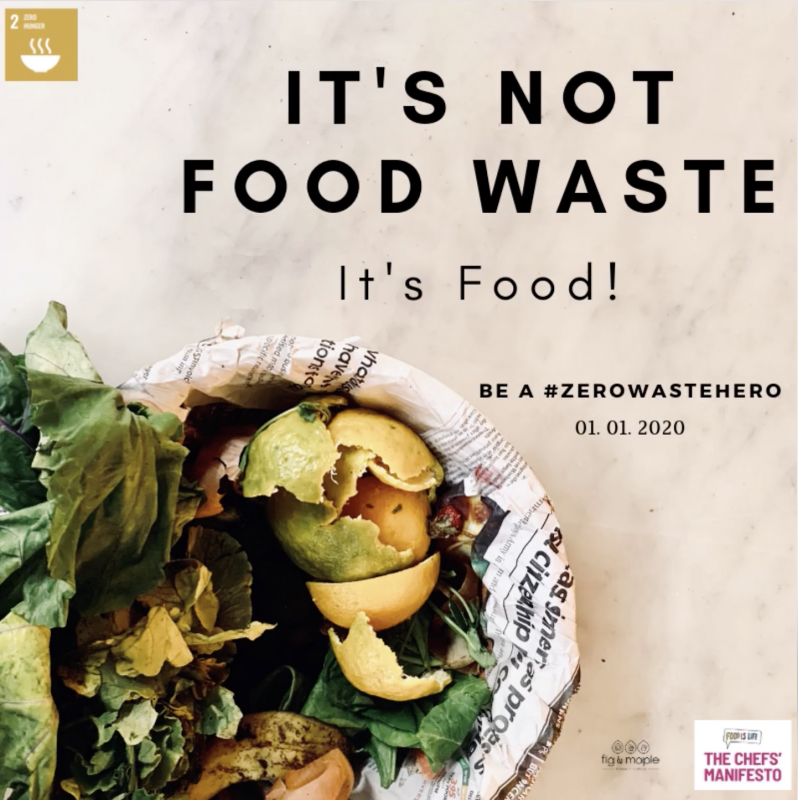 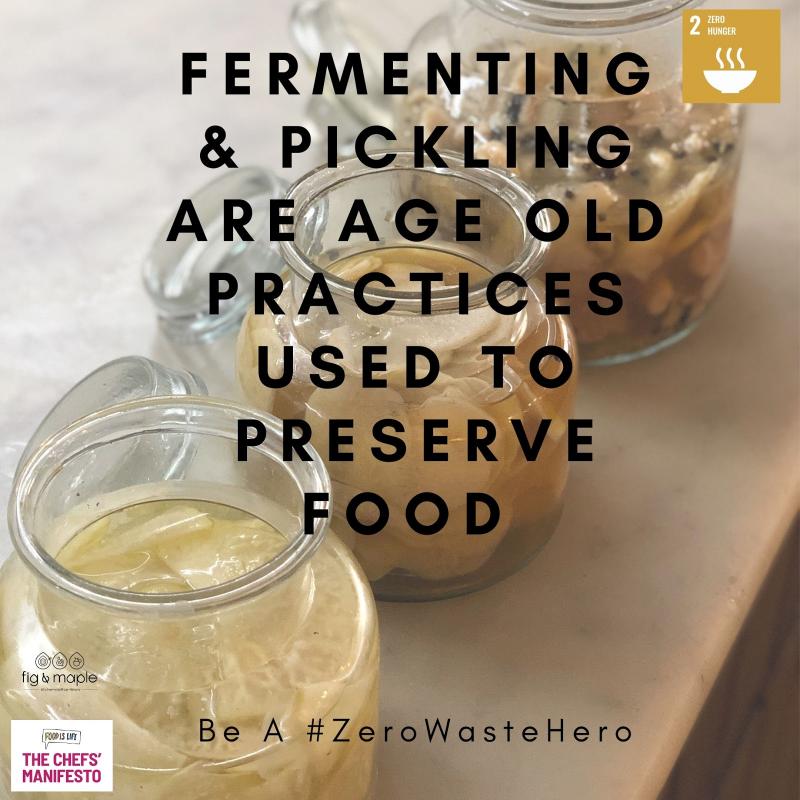 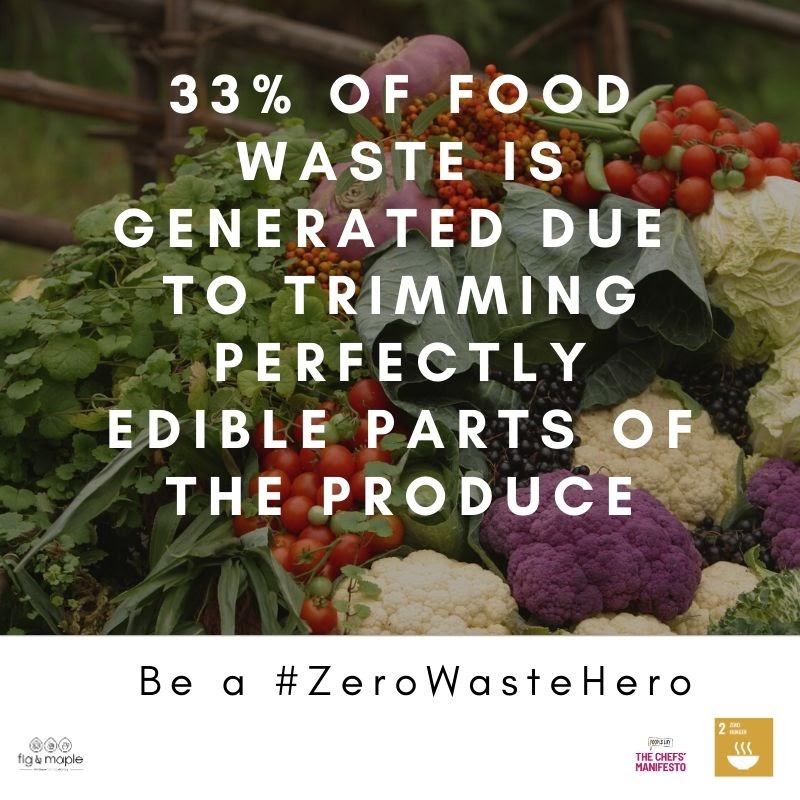 2020 has been declared the Decade of Delivery for the Sustainable Development Goals (SDG) by the United Nations, and I wanted to ensure that I aligned myself and my restaurants’ functionality with these guidelines. To this end, we designed a 45 day long “Be a #ZeroWasteHero” campaign to raise awareness about issues such as hunger, biodiversity, climate change, and food waste. This advocacy and action campaign, which launched on 1 January 2020, shares actionable tips, tricks, and recipes across my social media channels and at my restaurant Fig and Maple. The campaign not only tells other chefs’ stories, but also includes farmers, produce suppliers, consumers, the agriculture department and a range of other experts.

To our delight, the campaign has garnered a lot of attention from laypeople, industry experts, and media publications alike. Some of the noteworthy mentions included Vogue India, Conde Nast, India Today, and a special shout-out from Bollywood celebrity Sameera Reddy.

While the original intent of the campaign was – and still is – to simply promote a more secure food future, we never could have fathomed its wide-reaching appeal. It is therefore our distinct pleasure to share some of the campaign highlights with you in this blog: 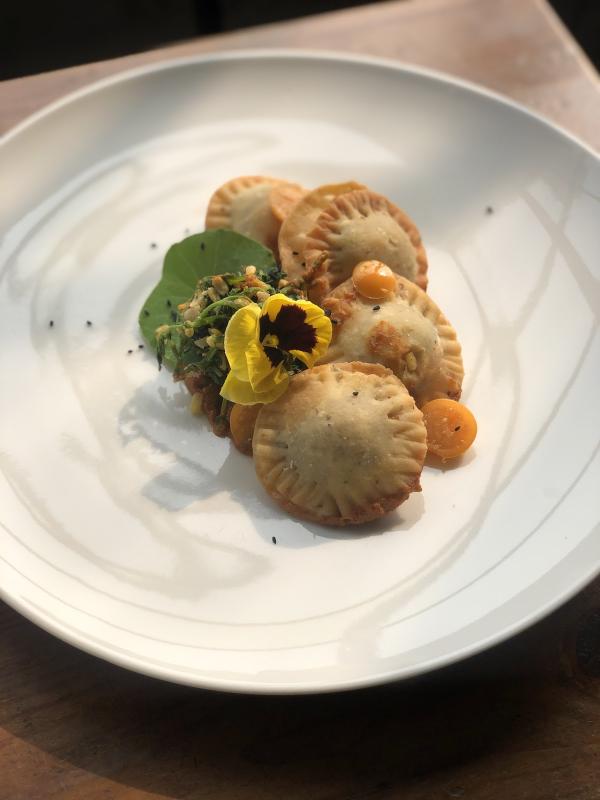 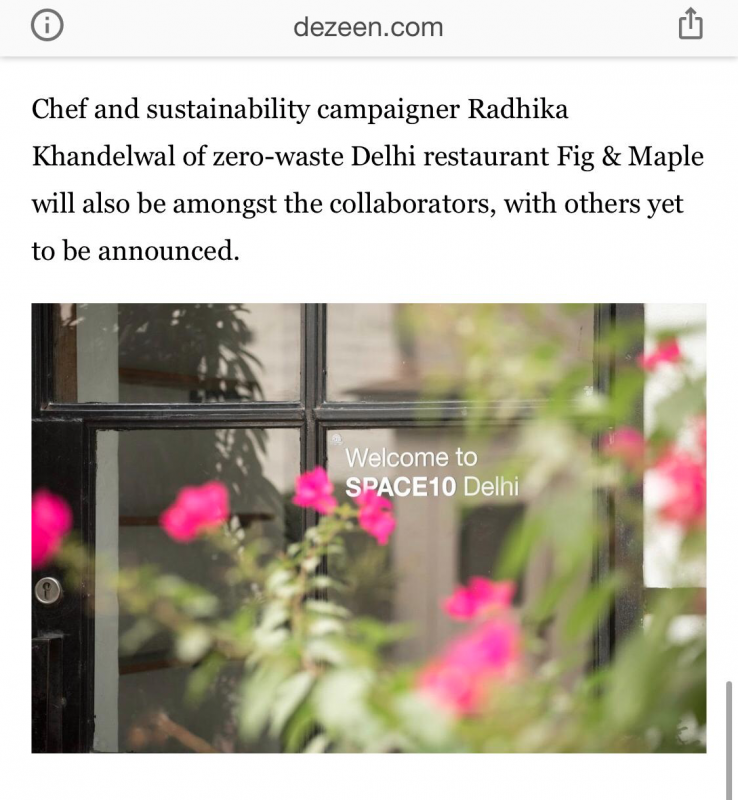 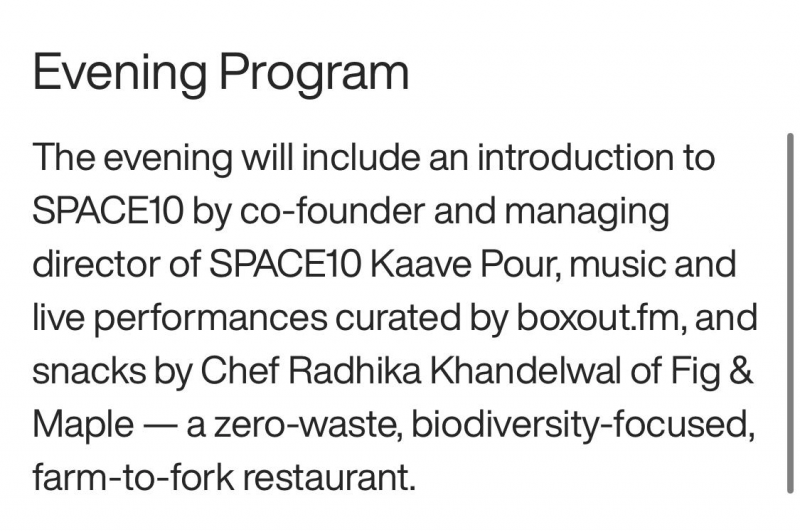 We’re happy to share a few recipes that were posted on our Instagram account during the campaign. Dishes like the Carrot Top Dip, Skinny Chippin’ – our very own take on root vegetable skins, Zero Waste Kimchi, and the Pea Pod Noodle Salad were some of our guests favourites. 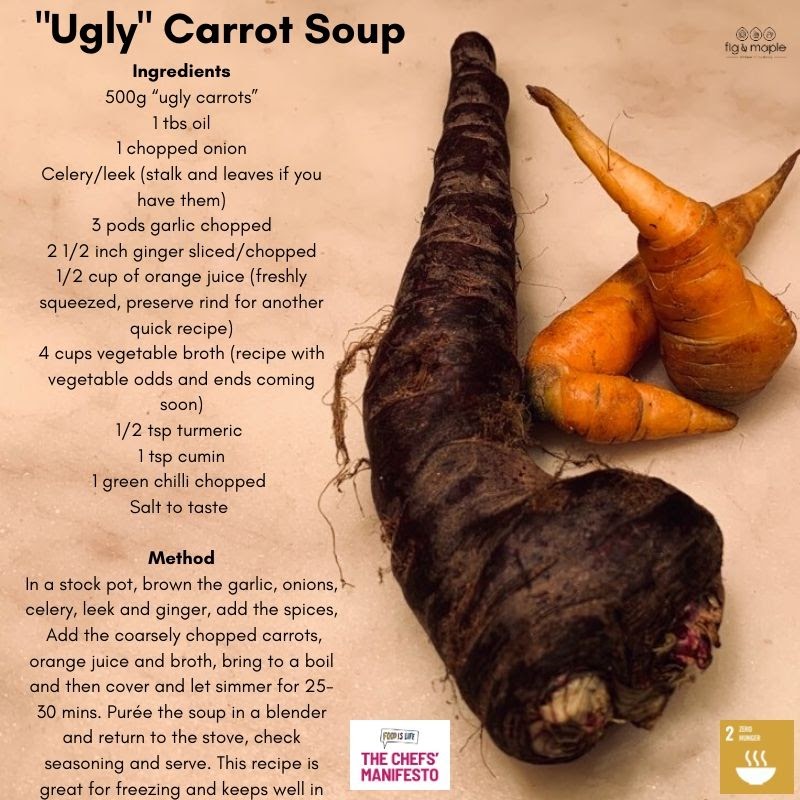 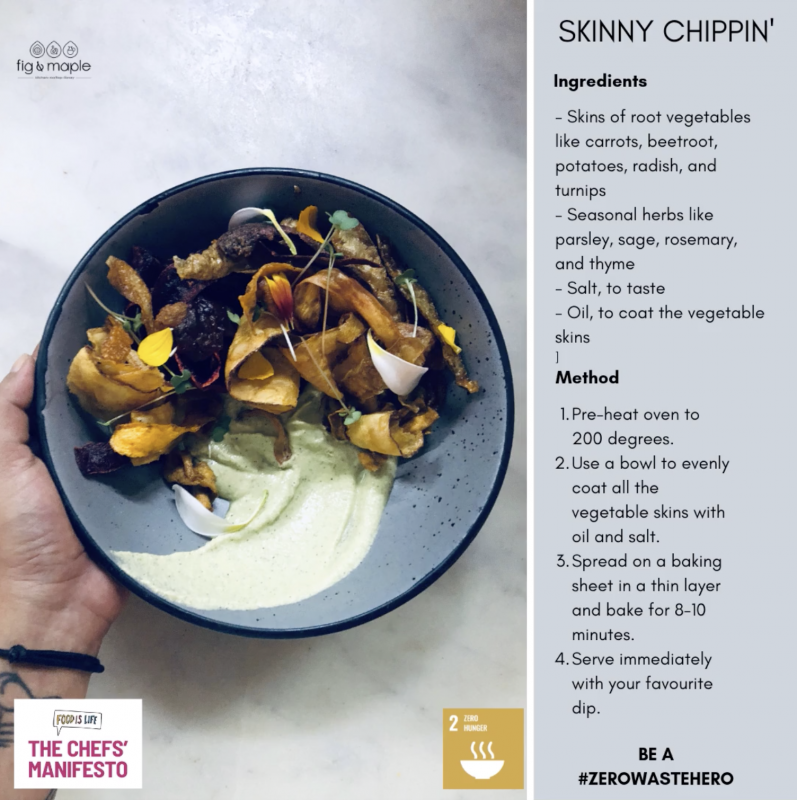 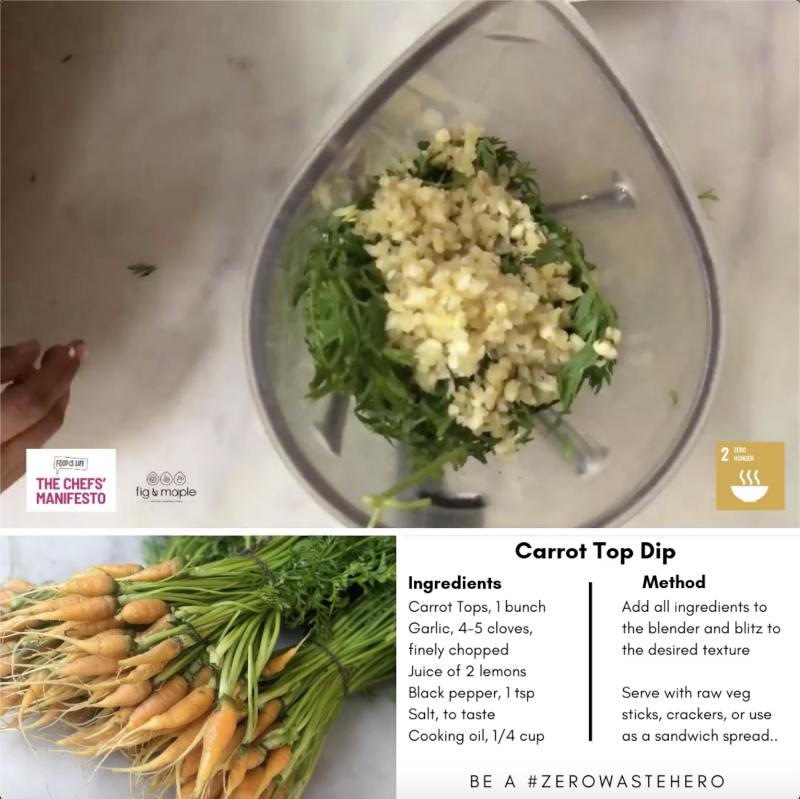 We have always been passionate about working in the space of zero waste and biodiversity at Fig and Maple and our goal – even after the campaign finishes – is therefore to continue to advocate and act for the same cause. We are thankful to have had such immense support via the Chefs’ Manifesto. 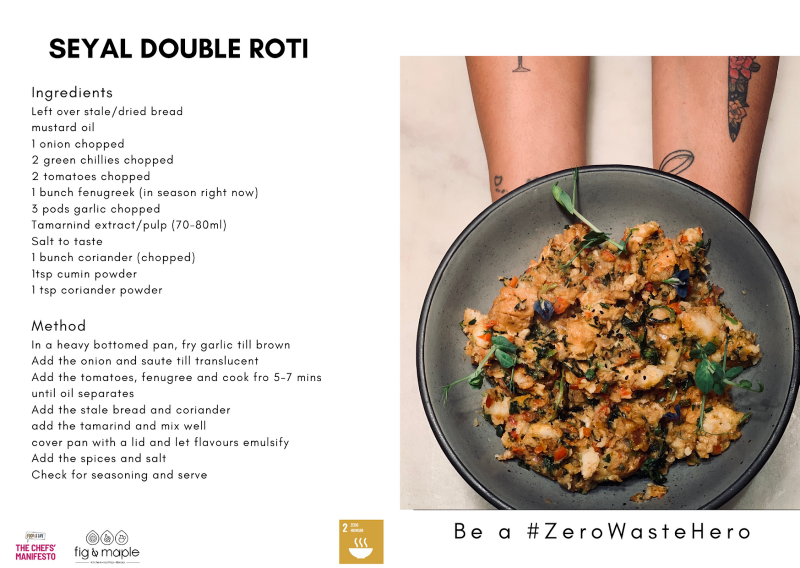 We hope you’ll try out some of these recipes and join us by becoming a #ZeroWasteHero yourself! You can follow the campaign on Instagram (@pandoodle) – and please, send me your feedback; I’d love to hear from you! 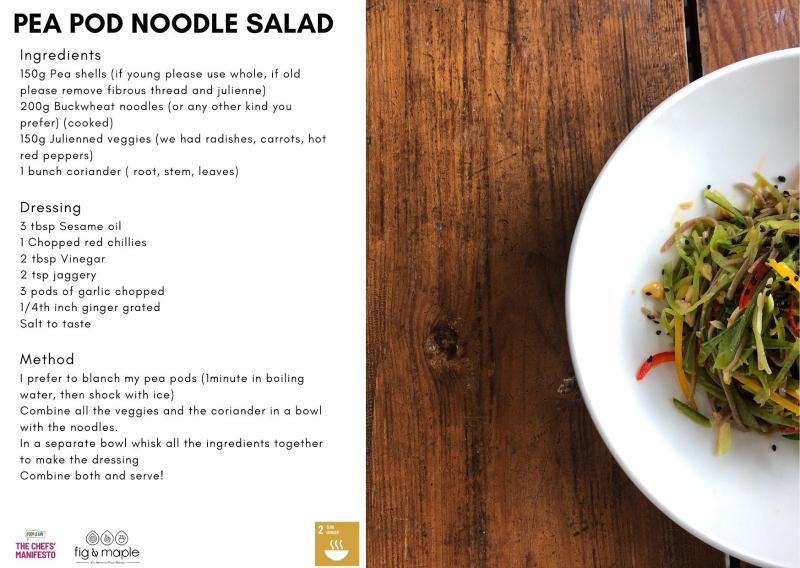