Travel back in time a decade, to when the Sustainable Restaurant Association was being cooked up by restaurateurs Henry Dimbleby and Mark Sainsbury and their sustainability compadres Giles Gibbons and Simon Heppner from Good Business, and food waste was a dirty secret. Few restaurants acknowledged they had a problem, fewer had any idea how much they were wasting and even fewer still were doing anything to keep food on the plate and out of the bin.

After 10 years of banging bin lids, there aren’t too many chefs or restaurant owners ignorant of the issue. Organisations like ours, working with WRAP and others have kept food waste high on the agenda. There have been shining examples of good practice – businesses taking genuinely transformative action. The fact that there’s a 7:1 return on investment on food waste prevention schemes, according to Champions 12.3 you’d think might be incentive enough.

We’ve seen a major pub group slash waste by offering reduced portion sizes of its most popular dishes. Numerous casual dining chains have overcome obstacles to donate surplus to charity – up 50% in 2018. We’ve also witnessed the growing role of technology in joining up the dots and thousands of kitchens large and small selling ‘about to be wasted’ food to smart-phone users via apps. Nine out of 10 of our members now measure their food waste. Half also train staff on how to reduce it, and one in four use technology to do both. 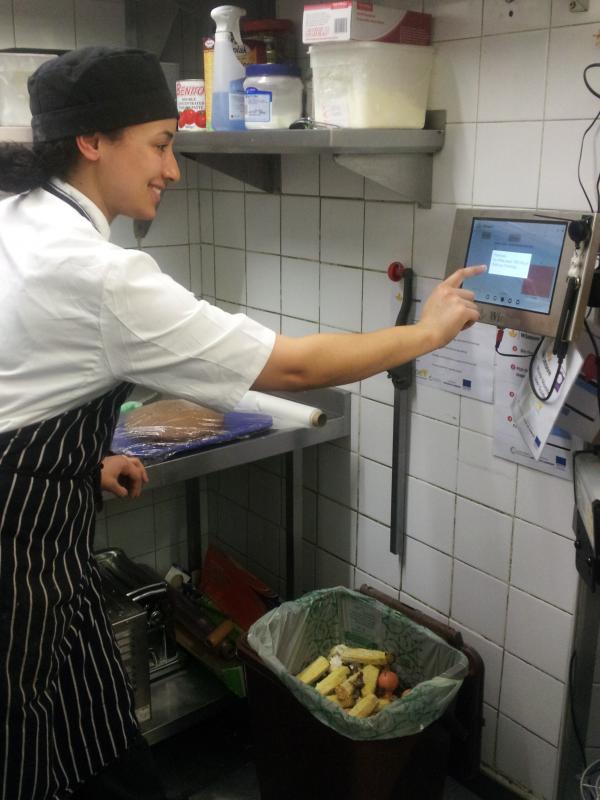 You may have sensed a ‘but’ coming, and you’d be right. The quantity of food we’re wasting in foodservice isn’t reducing anywhere near fast enough. We’re proud of our work, but incremental reductions of individuals businesses and the often-siloed efforts in our kitchens need to be seen in context.

We know from the experience of delivering the FoodSave programme to 100 London foodservice businesses for the Mayor of London in 2012-14 that what works for the FD in the boardroom, isn’t the same as the kitchen porter at the coalface. While for some food waste is all about the bottom line, for others it’s about creative solutions. For others still, it’s a simple case of logistics and targeting setting.

That’s why for our latest food waste reduction programme we’re going as practical as possible, creating a hands-on six-week package of actions to support businesses to follow WRAP’s Target, Measure and Act programme. The aim for 100 businesses to complete Food Waste: Bad Taste and in so doing reduce their food waste by 25% by the end of 2020. This is about meaningful, measurable and we believe manageable targets.

We’ll be launching Food Waste: Bad Taste on 20th May with a little help from the government’s recently appointed Food Waste Champion, Ben Elliot. He describes the scale of food waste as a national disgrace, but views this is an opportunity to turn a scandal into a recipe for success.

The programme involves a two-week baselining period, guidance through setting targets and then inspiring participants with actions to deliver results. An online platform will enable everyone involved to share successes and inspire each other to overcome challenges along the way.

Replicating this across the whole sector in the UK would reduce carbon emissions by 900,000 tonnes a year, equivalent to grounding 2,000 London to New York flights. Now that would be travelling forward, towards a better food future.

Find out more about Food Waste: Bad Taste here or book your place at the programme launch.