Nutrition Decade: What you need to know

Why do we need a UN Decade of Action on Nutrition?

Progress to reduce undernourishment and micronutrient deficiencies has been far too slow and uneven across regions, countries and population groups. The prevalence of overweight and obesity is increasing in nearly all countries. At the same time, 793 million people remain chronically undernourished, and 159 million children under 5 years of age are stunted.

When did the Nutrition Decade start?

On 1 April 2016, the UN General Assembly proclaimed the UN Decade of Action on Nutrition (2016 – 2025). This commitment, made by UN Member States, is to increase nutrition action at the highest level and ensure coordination, strengthen multi-sectoral collaboration, create synergies and measure progress towards sustainable food systems and food and nutrition security for all.

What does it build on?

The Nutrition Decade promotes ten years of sustained and coherent implementation of policies and programmes, following the recommendations and commitments of the ICN2 Framework for Action, work towards the achievement of the Global Nutrition and diet-related NCD targets by 2025 and contribute to the realization of the SDGs by 2030.

Where are we now?

May 2017 marked an effective milestone in the Nutrition Decade with the release of its Work Programme. Also, Braziland Ecuador became the first countries to make SMART commitments during the Seventieth World Health Assembly (WHA70).

How can you get involved?

The Nutrition Decade calls on all of us to commit. Commitments can be large or small and can be made by all actors working across all sectors. They could present a new idea or approach to a major challenge, or an existing programme or project that will be scaled up. For more information about how to get involved, see here.

UNSCN will continue to capture the commitments made under the umbrella of the Nutrition Decade on their website. 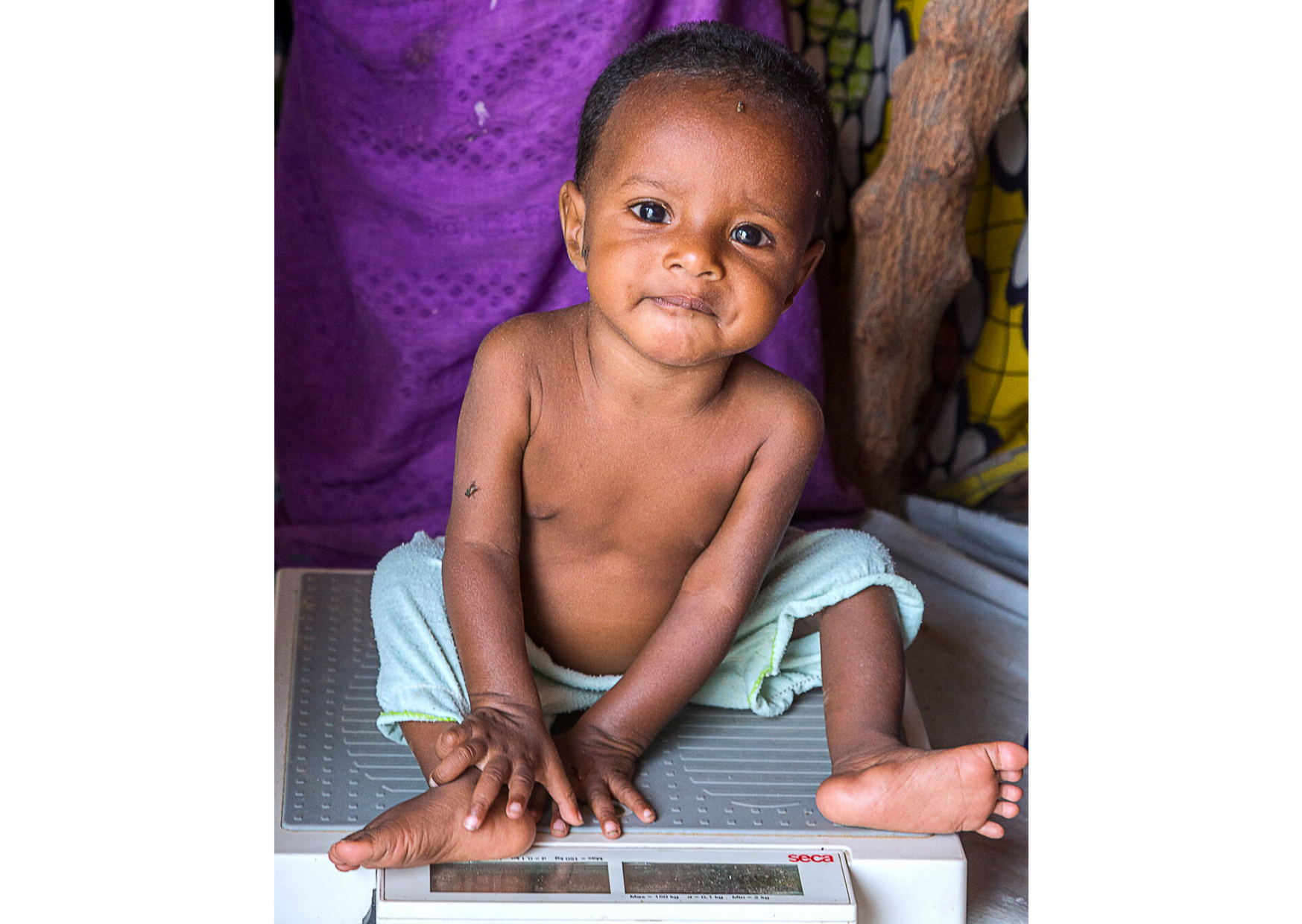 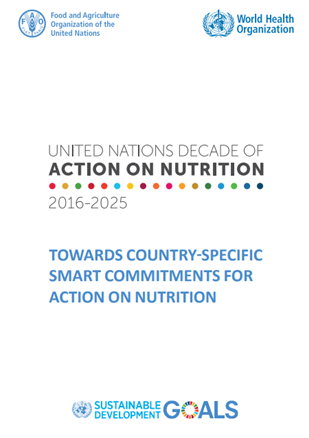 Towards country-specific SMART commitments for action on nutrition 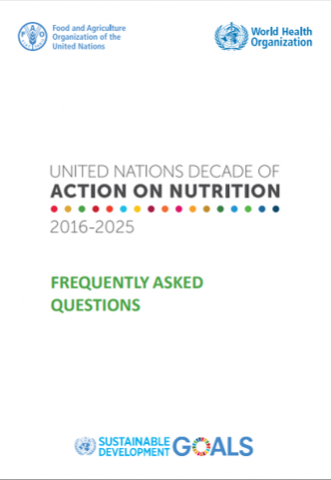 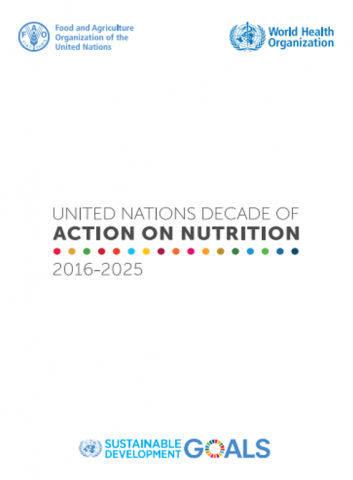 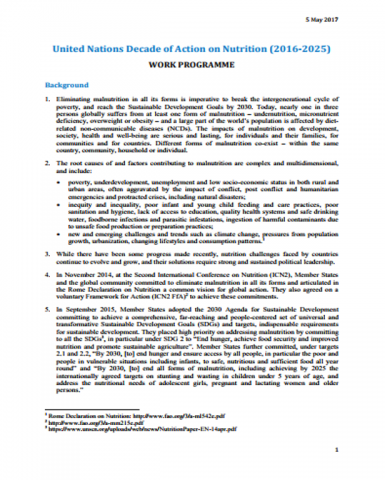