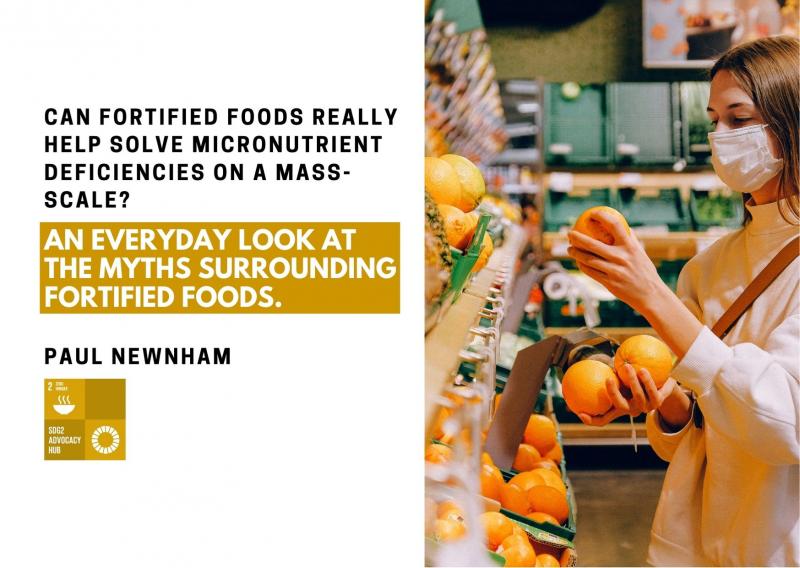 According to the State of Food Security and Nutrition released in July 2020, an excess of 3 billion people cannot afford a healthy, nutritious diet. 3 billion people living in all corners of the world. That number is incomprehensible to me. I am free to make choices about what I purchase, where my food comes from, what I feed my family, and how often we consume food. Delicious, immune-boosting foods allow my children to grow and achieve childhood development milestones, think critically and be active. I can make choices for my family that good food enables, thereby fuelling the next generation, allowing their brains to develop and problem-solve, and building resilience. I have choices. I have means. I have access. I have safe options. Trying to comprehend that more than 3 billion people globally, good food is not always a choice, is staggering. It is sobering. It is humbling too, as we all have the right to access safe, affordable, nutritious food yet so many people do not have access to this right. It also serves to increase my determination to bridge the divide between those that have, and those that have not.

We could wax lyrical about all the reasons why our food systems are broken, which is something we should and do need to resolve, yet increasingly so, the urgency with which to drive forward mass-solutions is critical. Our food systems are falling short in nourishing people and the planet – with serious consequences for our futures. Micronutrient malnutrition is just one of the immense nutrition issues we face; it affects roughly 1/4 our world’s population who are unable to eat enough nutrient-rich food.

Working closely with a large chef network, I see the powerful impact chefs can have in spreading crucial, life-changing messages about food. They have platforms that reach directly into consumers' homes, into people’s kitchens, and platforms that influence producers and policy makers. Sitting between farm and fork, chefs truly are game-changers. So should chefs championing fortified foods? Should chefs be highlighting fortified ingredients on their menus to champion their benefits in certain circumstances, to educate consumers on the bigger issues at play? Educating the consumer about fortified foods through their platforms? Lobbying politicians, governments, food safety and regulatory bodies?

For me, the heart of the question is can fortified foods play a crucial role in addressing micronutrient malnutrition, whilst also being positive for people and planet?

Table of nutrients and the micronutrient support they offer 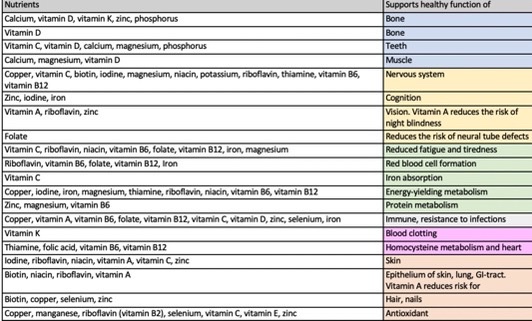 First, let’s start with ‘fortification’, or the inclusion of vitamins and minerals in everyday foods with the aim of improving a population’s nutrition. The fortification process starts with two key steps:

1) Selection of nutrients: The mineral/nutrient is decided by the nutrient status of the population, that’s to say what minerals or nutrients are missing from the plate. Find above a list of micronutrients that are currently used in fortification and their benefits for human health.

2) Identify a food to fortify:  The chosen food should be highly accessible, affordable, and eaten on a regular basis, to ensure all people can benefit from the fortification.

Let me be clear, I am not a fortified foods expert. I do not know all the science or the intricacies of the how, what and why. Yet what I have read, what I have watched and the conversations I am regularly involved in, leads me to believe that:

So this leads us to myth busting. What are the myths and what do we need to know about them? Here’s what I found out: 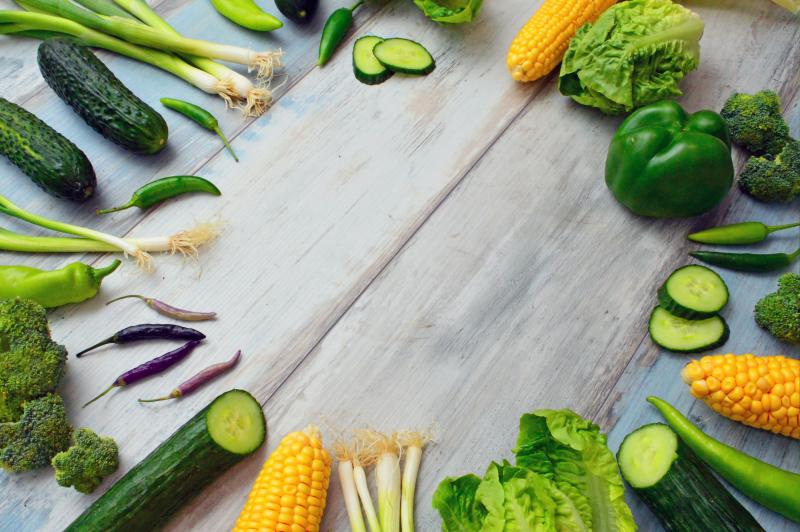 A balanced diet with fruits, nuts, vegetables, and protein as described in most national dietary guidelines are the best way to avoid and treat malnutrition. However, in some cases, and with some nutrients, due to gaps in accessibility, affordability and/or availability, a balanced diet is not always possible. In these contexts, fortified foods can help add vital nutrients and minerals to our plates, to address deficits. It is also difficult to receive all the correct micronutrients through diet alone, especially when more than 3 billion people do not have access to adequate nutritional choices. This also assumes an understanding of good nutrition and micronutrient requirements, which changes according to each stage of life.

Our research shows that there is a difference between GMO and fortification practices. GMO is the process of altering the genetic makeup of an organism that cannot occur naturally or through mating/natural recombination. Conversely, there are multiple ways to fortify ingredients: improving soil health; addition of vitamins and minerals directly to a product through staple food fortification; or through biofortification. According to WHO, biofortification is the practice of improving the nutritional quality of food, through agronomic practices, modern technology, or conventional plant breeding. The fortified process occurs during the growth of the plant. It frequently occurs by identifying nutrient dense plant varieties, and breeding them with staple crops. Staple food fortification (industrial fortification) occurs during the processing of the food, where the micronutrients are included in the already existing product eg. Vitamin D enriched milk, or iodised salt. Both are mandatory in many countries.

Myth: We need to move away from using the same 15 crops to feed the world, instead increasing knowledge, production, demand and consumption of the 50,000 edible plant species in existence – fortifying foods will only increase ‘known’ crop demand.

This is an excellent point. With ⅔ of the world reliant on 4 crops, if we fortify only what people know, won’t this serve to increase damage to our food systems? Right now, we need both – we need increased diversity of crops for a sustainable food supply which reverses environmental degradation, and we need to feed people foods rich in micronutrients so that they thrive. Ideally, diversification and access to healthy foods is the long term objective, and companies should be helping to increase access to good food for all. However, when dietary diversity or a healthy diet are not available, fortification is an important option. Companies that fortify foods need to ensure seasonal, hardy, indigenous crops are fortified and made accessible and affordable, until such a time when access to a diverse, nutrient rich diet, becomes the norm globally. For more on crop diversity and why it matters, visit here.

It’s actually the opposite! Vitamins and nutrients that are naturally present in foods are frequently not sufficiently absorbed by the body's digestive system. What? Why’s that? The good nutrients found naturally in foods are often attached to inhibitors (such as fibers, tannins). These inhibitors often decrease the natural micronutrients effectiveness. Fortified foods with micronutrients such as iron or zinc included, are not as strongly bound to the binding factors in food, making it easier and quicker for the digestive system to take the micronutrients on board.

Myth: Fortified foods are a risk to non-deficient people.

If non-deficient people consume fortified foods, there is no risk to them, provided they are not regularly exceeding the recommended intakes of micronutrients.

Chefs should be mandating ingredient diversity and healthy foods as the principle pathways for combating micronutrient malnutrition. This is not only crucial to ensure good food for all, but for planetary health too. Until such a time as these pathways become the norm globally, fortification is an important option that chefs might consider championing. Is this important for chefs to do from a menu perspective? This is entirely dependent upon context. I would argue that in certain restaurants, unless a chef wanted to include a narrative on fortification to educate for greater good purposes, or to combat a rare nutrient deficiency in that region, then including fortified ingredients on a menu is not necessarily beneficial. However, in a location where micronutrient deficiencies are common, then advocating for fortified ingredients on menus could have great benefit. One such example would be in school meal feeding programs. School chefs have the opportunity to not only increase ingredient diversity on their menus, but target specific micronutrient deficiencies by including fortified ingredients that include the missing nutrient(s). Chefs working in hospitals and health care facilities could also adopt a similar strategy.

Chefs today have power platforms by which they can share messages, advocate for change and inspire action. In locations where the inclusion of fortified foods is not critical, chefs can advocate through their platforms to encourage donors to invest more in fortification to urgently target at risk population groups. Chefs can advocate through media content, for fortified ingredients for consumers who need the additional micronutrients and have no other way of accessing them, yet are hesitant to try them. The taste, look and texture of fortified ingredients does not change, yet some consumers are unsure.

Until such a time as good food for all is a reality, ingredients that are fortified with micronutrients needed by that population and made accessible and affordable, fortified foods could indeed be a much-needed temporary solution.