This is an abbreviated guest post written by Nachilala Nkombo and originally posted on Farming First.

As African heads of State gather in Addis Ababa this week to discuss winning the fight against corruption, Nachilala Nkombo, Country Director of WWF, Zambia and member of the Malabo Montpellier Panel outlines three steps to beat corruption in the agriculture sector – the lifeline for many of the continent’s most vulnerable people.

This week, at a meeting of the African Union, heads of state have an opportunity to make progress in the fight against corruption. Corruption cheats the continent’s people and governments out of approximately $50bn each year, money that could be spent on realising the African Union’s Agenda 2063 vision of an ‘integrated, prosperous and peaceful Africa’. The agricultural sector is a key part of this puzzle and of the solution.

A healthy and prosperous agricultural sector could be the engine for economic growth on the continent. The World Bank projects that agriculture and agribusiness in Africa have the potential to make up a $1 trillion industry by 2030, but this will only happen if embezzlement, fraud and bribery are addressed. How can we do this?

Transparency is a potent weapon in fighting corruption. The public sector should prioritise efforts to create and enforce legal frameworks that promote transparency and root out corruption. It is often said, ‘it starts at the top’ and, if so, it must also be fought at the top. Independent and well-functioning media, independent of special interests, is one way to achieve transparency, as well as actively disclosing ownership structures of companies to regulators.

For the agricultural sector, a lack of transparency can have negative effects on land tenure, credit availability, quality of supplies, water allocation, and the development of agribusinesses.

Farmers in Mozambique discuss climate change and the impact of flooding and drought. Credit: CIF Action

Harness the power of new technologies

Over four decades, the Nigerian Government spent $5bn dollars on farm input subsidies but only 11 percent of farmers received fertiliser, resulting in low yields and low profits. Middle-men siphoned large amounts of money out of the system. In 2012, when the then Minister of Agriculture Dr. Akinwumi Adesina discovered this problem, he introduced an Electric Wallet through which he could send farmers digital vouchers directly to their mobile phones to buy fertilisers and seeds.

Within two years the Electronic Wallet had reached more than 14 million Nigerian farmers and spread to poor regions in the North. The scheme served as a catalyst for private sector confidence and investment. This approach has since been adopted in many countries. With the boom in mobile use across Africa there are more and more opportunities to limit the stages money travels through to reach beneficiaries. 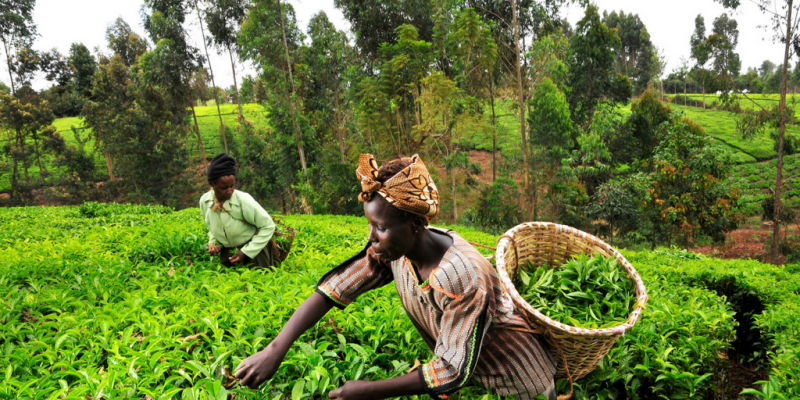 Many African countries have sound agricultural policies. It is in the implementation of these where corruption seeps in. Farmers that are organised into unions or institutions, and are armed with information, are better able to hold governments to account for poor service provision.

As the former Zambian Country Director for ActionAid Denmark, I saw first-hand the benefit of strengthening leadership and technical capacity of farmers’ institutions. By organising their collective voice and equipped them to track agriculture budgets and services at the local level, farmers were able to demand improvements and accountability. Today, these district farmers’ organisations remain formidable local institutions.

For anti-corruption campaigns to be credible they need to be led by legitimate and independent bodies answerable to legislative institutions and not simply to the President or Prime Minister. Too often they are publicly seen as delivering no real accountability for citizens.

The summit this week is an opportunity for African leaders to turn this trend on its head. The African Union has a responsibility to set continental norms and uphold shared values with use of powerful instruments such as the Convention on Preventing and Combating Corruption. We eagerly anticipate the initiatives announced by this influential group, especially those that will improve the lives of Africa’s farmers.

Nachilala Nkombo is the Country Director for the World-Wide Fund for Nature (WWF), Zambia and member of the Malabo Montpellier Panel. She has extensive experience in international development in several African countries and in the United States. Her work focuses on debt relief, aid effectiveness, agriculture, land reform and gender, to name a few. In 2014, during the Africa Union Year of Agriculture, she led a successful pan-African campaign called Do Agric, it pays which secured re-commitments from several African states to increase their public agriculture investments necessary to unlock the agriculture opportunity for African farmers.

Farming First is a multi-stakeholder coalition of more than 180 organisations operating around the world. The coalition exists to articulate, endorse and promote practical, actionable programmes and activities to further sustainable agricultural development worldwide. Farming First organisations represent the world's farmers, scientists, engineers and industry as well as leading agricultural development organisations. With one shared voice, Farming First highlights the importance of improving farmers' livelihoods and agriculture's potential contribution to global issues such as food security, climate change and biodiversity.